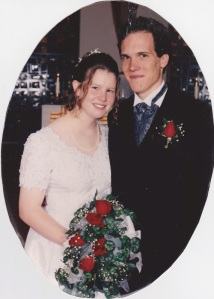 Yup, once again it is our anniversary. Last year my wife and I made list of things that we loved about each other 18 things About my Wife on our Anniversary. This year I would like to do something a little different. I would like to tell you one of my favorite memories of when we were younger.

My wife and had both participated in some level in scouts as a kid. I made it only to Star Scout. At that point I got out of scouts for various reason. My wife, who is much more awesome that I am, got her gold award. (for those of you counting, that is the equivalent of making Eagle in Boy Scouts.
There were other differences in our scouting experience as well. I, big surprise here, was never out going and after about the age of about 10 the songs that they sang at sing-a-longs were pure torture to me.

My wife liked these things. When she was repelling, caving, and primitive camping, she worked with the younger girls to learn these songs.

When we were first married and our first son was born, we would be riding in the car, and he would fuss, and she would start singing camp songs to him. He grew up to songs like, Two little Froggies, Ding-a-ling-ling Goes the Fire Truck, And the one that has stuck with me ever since.

A Boy and a Girl in a Little Canoe

Obviously there are various version of this song, as with all camp songs. But being the strong willed person that my wife is, this is the one that sticks in my head.

This is one of my favorite memories of my wife because, despite the fact that really disliked many of these songs when I was kid, they have brought so much joy to our lives of the years as we have, first sung them to the kids, then taught them to them as they got older, and then finally listened to the older kids teach them to the new ones. 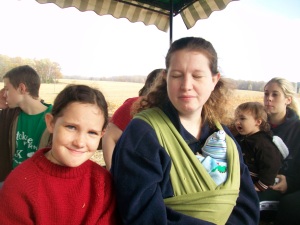 Thank you dear for that, and remember. Gonk, Gonk went the little green froggy!