No One Told Me About This 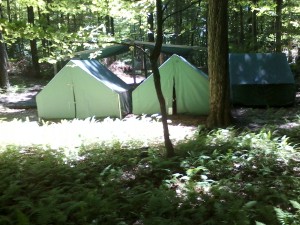 This last week my wife and I have been alternately lamenting and rejoicing in the fact that our oldest three children are gone for a week. They are off camping with their boy scout troop. Oddly enough the oldest one was gone the week before to special camp to help him get his Eagle. In Short we have been short at least one of the kids for almost two weeks now.

Don’t get me wrong, we love having our older kids around. In fact, that is kind of the point here. The title comes from something that was said a couple days before or right after my wife and I got married. One of her younger brother’s friends said something about missing your kids when they move out. My Father-in-law replied, “That is what happens, kids grow up, get married and move out of the house.”

That statement has been in the back of my head since that day. But I will be honest, it is one of those things that sneaks up on you. I remember only oldest being a tiny baby and holding him my arms. While, it does not exactly feel like yesterday, it does not feel that long ago. This year he is starting his senior year in high school. Our kids are about every two years after that, and sometimes I look at my oldest son, and I can suddenly see the parade of children who will be growing up, getting married or religious life, and moving out of the house.

I do look forward seeing them grow up and seeing the people that they will become. They are all incredible kids. And I am so proud of the people they are becoming. But I am not in a hurry for them to get there.