5 Books I am Really Looking Forward to this Year, and Why you Should be Too

I read and listen to a lot of indie authors every year. Some years I am totally blown away by what I find. So here are 5 books for this year, That I hope to be blown away by. 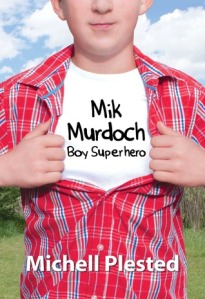 Boy Super Hero is PG
Yes, yes, I know Michell, and I are co-editors on two projects now. So you are thinking of course he is going to be on my list. Let’s be honest, that is a little true. But the majority of why I am excited about this book is because Book 1 Mik Murdoch: Boy Super Hero, was fantastic. No, really it was fantastic. I say that, from the past, way before Michell and I ever collaborated on anything. I got an ARC copy of the book and was asked to read and comment. I did so. As soon as I read it I knew I had to read it to my kids. They loved it, begged me to read it every night, and were so disappointed when it ended, because they wanted more.
So Yes, I am looking forward to book two in this series, and so are my kids. If you have kids and want to get them into a superhero book that is not all angst-y and dark, (and there is room for that in the super hero universe just not ALL the time) This is a great book to get them started on.

BattleHymn is PG with only one reference to sex near the end.
I love being able to say that I knew so and so when. Well I knew Zachary back then. Well not that long ago but I have been following Zachary for at least the last 5 years. I worked with him at the now defunct Flying Island Press, and I can truly say that he is among one of the best guys out there on the internet. Having said all that, he is also a fantastic writer. If I can borrow from my review of Crown of Exiles: BattleHymn, I am tone deaf. I like Music but I don’t really understand it. I also am not a fan of anime. I have watched some of it, but like music I don’t really get it. So A book that is billed as Giant Robots, Princesses in danger and the power of Rock and Roll could not seem like more of a mismatch for me. But because Zachary wrote it, and I had enjoy some of his other works, I gave it a try.
I was totally blown away. If Anime was all like this, I would be a huge fan. BattleHymn is one of those books I go back to over and over again, and it ends on just enough of a cliff hanger (not so much that I am dying to know what happens next, but enough to leave me wanting more) that I really am excited about Lamentations. It promises to be a great book.

the Solar Clipper series is mostly PG with some PG-13 sections (read sex) in books 2 and 3 and some more adult topics (read sexual abuse) in book 4.
So we come to the first book on my list by someone I have never worked with and don’t know in person. Having said that, in my limited interactions with Nathan, he seems to be a great guy. A real class act. Hint we need more of these out there. Hint
While I dearly love the Tanyth Fairport adventures, I feel like I grew up on the Solar clipper series. Now I have heard some mumbling and some grumblings that this series of books set in the Solar Clipper universe will not be from Ishmael Wong’s point of view, I am totally ok with that. In some ways I think that Ishmael has told his story. That seeing the universe from a new set of eyes would be great. If we happen to get to bump into some of Ishmael’s old shipmates, his dad, maybe even the man himself, I would love that. I think all of the Solar Clipper fans out there would totally go ape over that.
That does not mean that I don’t want to see another book about Ishmael. He is a great guy. He makes great food and a wonderful story. I have even borrowed some of his recipes for date night with my wife. I once pitched the idea of a book called Cooking with Ishmael: A Food Lovers Guide to The Western Annex. This book would follow Ishmael around as a “free spirit” while he visits several of his old haunts, hunts people down and shares wonderful food and stories with them. Of course this book would not be complete without some recipes in the back of the book.
But whatever this book turns out to be about, I really can’t wait for it. I loved diving into this universe, and I really can’t wait to go back.

Fly Paper Boy is PG
What’s that you say? You have never heard of Philip (Norval Joe) Caroll? You are missing out. Like Zachary, I have known Philip for a long time. I think we think a lot a like, not exactly the same mind you, but a lot a like. Maybe that is why I like his stories so much.
To be fair I have read Fly Paper Boy two times already as a Beta reader, and I am dying to see the final version. Like Michell Plested, Philip writes superhero stuff from a kids point of view. Fly Paper boy is older, and has a lot more of his power when we first meet him. What I love about Philip’s work is that his character’s have morals, and they stick with them. I don’t want to give too much away, but the fact that Fly Paper Boy does the right thing with just about everyone he meets is really refreshing. I really enjoyed both versions of this book so far, and I am really looking forward to reading again with my kids. It is older YA but still good clean fun.
Philip is currently marketing this book so I am really hoping it gets picked up and It will be out this year.

Ginnie Dare is PG a little scary at times but still PG
Scott has been writing for a number of years, and I have been following him almost as long as he has been putting stuff up on the internet. I love that he was willing to put himself out there when the whole podcasting thing was just getting started. I think you can still find his Arch Angel series if you look hard enough for it.
Ginnie Dare is the story of a young girl on her dad’s ship who both wants more and craves the comfort of those familial ties. They get into a bit of trouble and she ends up at the center of it helping out where even the adults are having trouble. I really like the fact, that unlike most of the YA field Scott does not cut the parents out of Ginnie’s life. Her dad is right there with her most of the way. Not only that, he is not a stumbling bumbling sittcomm type dad. He is there for her when she needs it while being a real dad who will let his daughter know when she is still a kid and when she needs to be an adult.
Blockade Runner is the second book in this series, and after a short conversation with Scott recently, it will not be the last. I can honestly say that I am really looking forward to all of them.

What have I missed? Let me know what books you are looking forward to this year.